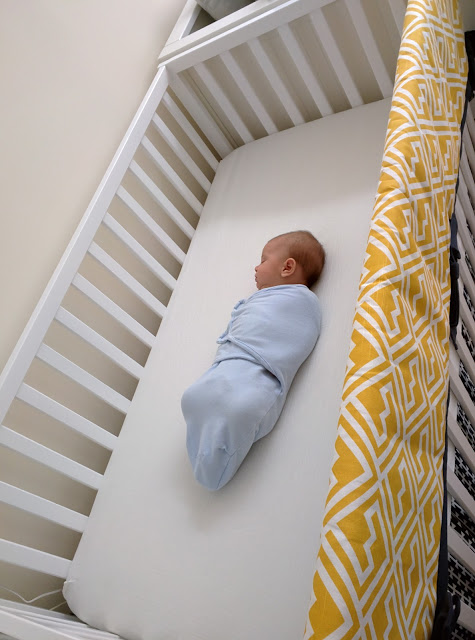 This is the birth story of my first child. At the end of both of my pregnancies, I found reading other women’s birth stories to be very comforting. I hope that my story can be useful to other women and that other women will feel encouraged to record and share their birth stories in their own way.

After 41 weeks of pregnancy, I was so ready for our baby to arrive! I thought about being induced at 41 weeks (July 29), but after talking it over with my husband, we decided that we would wait a little longer to see if the baby would come on his own.

On July 30, the hospital called me in the morning asking if I wanted to come in to be induced that day. I was really tempted to say yes, but I knew we had agreed to wait until at least 41 weeks 3 days, which was Saturday, August 1. I really wanted baby K to come in July, though, so as it got closer to the end of July, I began to feel more and more anxious about the birth, and I started to feel as though it was never going to actually happen. Although I knew that wasn’t true, it was hard to stay focused on the future.

Later that evening, I was crying hysterically telling my husband that the baby was never going to come and how I had never felt so hopeless before. I had been having contractions 10 minutes apart all day, and when I went to lay down they completely stopped. This had been happening for days, so I started to believe that my body just didn’t know how to birth a child. He calmed me down and re-assured me that the baby was going to come, and that I just needed to continue to be patient.

About 10 minutes later, the 10 minute apart contractions started up again and I felt a small bit of hopefulness that labor would actually start that night. I stood up to check out the data graphs that my husband had been working on all day, and I felt another contraction. This one felt different, like something burst inside of me, and I realized that my water had just broke!  This happened around 9 pm on July 30. I was so happy because I knew this meant that I would get to go to the hospital and that the baby would be coming within the next 24 hours or so.

We cleaned up the water mess and I called the hospital. They initially connected me with an OB because they forgot to ask if I was seeing a midwife or an OB. The OB told me that she would recommend that I come in and be induced, but that she would have the midwife on call call me back with her recommendation. The midwife called and said I should come in to do a non-stress test to make sure everything was OK.We packed our bags into the car and headed to the hospital. On the way, my contractions began to get stronger and closer together, but they were still 7 minutes apart. We had

n’t had dinner yet, so we stopped at Chipotle and took a burrito bowl to go. We got to the hospital around 10:30 pm and ate our burrito bowl, chips, and guac in the waiting area.After eating, we checked into the triage area and they hooked me up to the non-stress test. The midwife and nurse came to me and explained that they would do a test to make sure my water actually broke. We assured them that it did but they said they needed to do the test anyway. They also explained that the official OBGYN recommendation is to be induced if your water has broken but you have not yet gone into labor. Since I was a midwife patient, I could choose if I wanted to do this or wait if I wanted to.

They asked about all of my birth preferences, and I explained how I wanted a natural childbirth with no medication.The test results from the “amniosure”  test came back, and the midwife told us that unfortunately the test showed that my water didn’t really break. She did a second test as well, and it also came back negative. So at this point she said that induction would not be an option anymore and that I should just go home and wait for the contractions to get stronger and closer together. She mentioned that it could be between 12 and 24 hours before I might need to come back. Also, since she had “confirmed” that my water didn’t break (although it really did!), she was willing to check my cervix, and found that I was 3 cm dilated. I wasn’t really comfortable going home, so I asked if we could stay a bit to see what might happen.

At this point, it was probably about 11:30 pm. All of a sudden, I started feeling intense contractions. I kept feeling like I had to pee, so I kept getting up and going into the bathroom and coming back out. I told the nurse what I was feeling, and it just so happened to be a shift change with a new nurse. She offered to do another type of test to check if my water had broken, and sure enough, this one came back positive. My contractions became so intense that I told my husband and the nurse that I wanted medication. If this was only beginning, I knew I wouldn’t make it to the end without help. There was no break in between the contractions and I kept telling my husband that this didn’t feel right, and I couldn’t tolerate the pain without breaks in between.

The hospital was working on getting me a labor room at this point since I was now considered to be in active labor. I asked again for the medication, and they said I could have it once I got into the room. I also asked for a bathtub to do some of the labor in, but they said they only had a room with a shower.

The next part of the night is such a blur. I just remember getting into the labor room and feeling like the baby was coming right then. I felt nervous to say something because I wasn’t sure what their response would be. So, I said something like… “I feel, I feel…” and she said “What?” and I said “I feel like he’s coming right now!” So the midwife checked me and said I was 9 centimeters dilated. We were both in shock and I said that I felt like I needed to push and she told me to go ahead. I asked again about the medication, but they told me it was too late, and that I was getting the labor that I originally wanted to have! At this point, it was around 1:15 am on July 31. 25 minutes later, our first son was born!

First labors that go as fast as mine did are not common. I had a precipitous labor, and I am so glad that I did not go ahead with induction because I would have blamed the medication and not known that it was just my body that moved so fast. Although it was painful, I was happy to give our little one a medication-free start in this world. The recovery for me was tougher than I had anticipated, as I lost a lot of blood and had a second-degree tear that needed time to heal. But by 12 weeks postpartum, I finally felt like myself again. I could even fit into my old clothes and jeans, which I hadn’t really expected to be able to do. I am so thankful for my little love!!