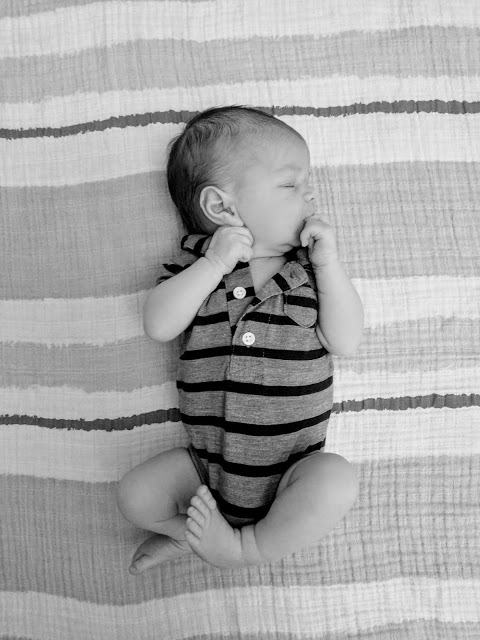 This is the story of the birth of my second child. You can read my first birth story here.

My blood pressure had been climbing up with the low number hovering in the high 80s and they had a protein level come back high so my midwife decided to diagnose me with mild preeclampsia at 40 weeks. (Although at my 5W PP visit she couldn’t confirm that this was my diagnosis…I’m still a little bitter/frustrated about how this all played out…) This meant that after my 40 week appointment I had to go straight to the hospital for an induction. I sat there in the midwives’ office with tears swelling up because I was so disappointed over losing my birth center birth. I was also terrified of what an induction meant… how fast/slow my labor would progress, how painful it might be, and a fear of losing control in the process.

I walked from the office to the hospital, stopping along the way for Chipotle and a milkshake from Potbelly’s, hoping the Chipotle would provide the same good luck it did for Killian’s birth. I had mixed feelings during the walk about how things were going to go. I was so excited to meet Emilio, but I was so scared of what being induced was going to be like and feel like, and I was still really mourning the loss of giving birth in the birth center. Tears swelling, I ate half the burrito bowl at Chipotle, picked up my shake, and walked to the hospital.

Once I got to the hospital, I felt more calm, and I was starting to actually be glad that they took me straight to a labor room to begin the induction. With all the fears the induction did bring, it also erased a big one – of not making it to the hospital in time. I knew now that I was at the hospital and the baby would be here in the next 24 hours or so.

Jamie arrived at the hospital and ate the other half of the burrito bowl. The nurse came in and started getting me ready, we all thought things would progress quickly and I would have the baby by the end of the day. The midwife was in a meeting so we just kind of hung out and talked to the nurse while we waited for Amanda.

At the midwife appointment earlier, she checked my cervix and said I was 2 cm dilated with a bulging bag. So, they let me “induce” by breaking my water around 3:30pm, hoping it would jumpstart labor like with Killian’s birth.

But what followed was a long slow progression with constant monitoring that really frustrated me.

Around 7 pm, nothing had really started yet, and the nurse came in and made a comment about how all my labs came back normal. I tried so hard to hold back tears but I just had to let it out. I expressed to her (in tears) my frustration that I was stuck here in this bed with an IV attached and attached to the machines when all I wanted was to be able to walk around freely, use the bathroom as often as I wanted to, and just not be in that bed. I was measuring time at that point by how long it had been since my last bathroom visit. She said she would see what she could do, and seemed to genuinely feel bad for me.

She came back in and said I could walk around the L&D floor for 30 minutes. We had a little bit of false hope that they might reverse my diagnosis since all of my protein labs came back negative and my blood pressure was low the entire time I had been at the hospital. But, when we got back to the room, the midwife came in and told me that I could be on intermittent monitoring for the rest of the night. She suggested that we start Pitocin or consider an enema to move things along. I was still so unsure and so hopeful that the labor would begin. I just wanted to wait it out. I also was hopeful that if labor didn’t start on its own that I could get some sleep before starting the Pitocin. So we settled on waiting until 6am for the midwife shift to change and that is when we would start the Pitocin. I went back and forth on the enema like 4 times. The nurse brought it in because I decided we should try it but I chickened out. I decided any additional discomfort at this point was unnecessary!

I couldn’t sleep all night anyway because the monitor kept going off so my plan to get some rest was pretty much pointless. But it was nice to get off the monitors every 30 minutes and walk around. Although I still had the IV attached which was uncomfortable. The rest of the night time I measured time in 30 minute intervals, of when I could get off of the machines again to walk around!

6 AM finally came around and I was ready for a change. Melissa came in and looked at me like I was crazy and said we needed to get the Pitocin moving. Well, as soon as she ordered the pitocin (and did a check/stretch, I was about 5-6 cm dilated) my contractions ramped up to an extreme intensity. The Pitocin arrived and it wasn’t even needed because we could tell the contractions were getting much stronger. I started to feel like I wasn’t going to be able to tolerate them and told her that I felt that the baby was coming soon. She checked my cervix again and said I was still at a 6 so I got very nervous that the pain was going to be unbearable. I kept saying that I wasn’t going to be able to do it. I was in so much pain stuck in the bed. Melissa helped me find a position that was more comfortable (overall though I was in extreme discomfort and pain) and then all of a sudden I knew the baby was coming! I turned around and told her it was time. And she told me I had to wait – she wasn’t ready! I didn’t think waiting was going to be an option, but I held my breath and then he started to pop out! A little bit later and she said she was ready and in two or three pushes, Emilio was born at 7:30 am! The pushing part was so much faster than Killian’s birth, but the end of the labor was much more painful.

The recovery was different as it was my second time recovering. I went into it with the same philosophy as the first time, that I would take advantage of the nurses/the hospital. However, as soon as I got to the recovery room, I was ready to go home. I wanted to leave the entire time. And the hospital charged me $17,000 for room and board, lol. If only I could put that toward a tiki hut in the Maldives!