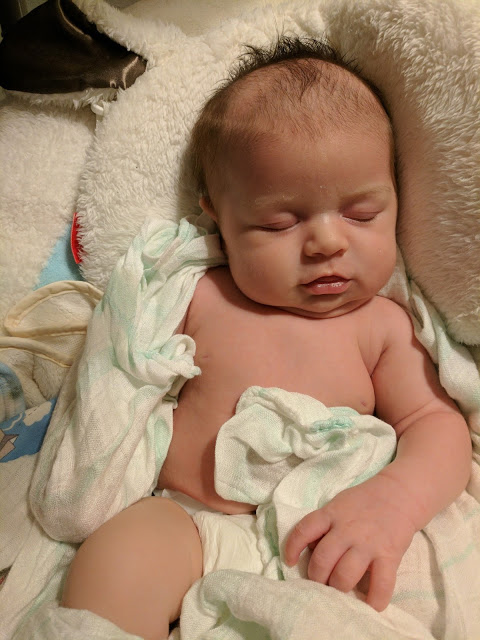 This is Part 1 of my second baby’s sleep story. You can find the update/Part 2 here.
And, find more sleep schedules here.
This post contains affiliate links. See more information.

The moral of the story is…. there’s no such thing as a magic sleepsuit! A few months ago, I might have told you that I believed there actually is such a thing. And since I borrowed one when I was desperate for my first baby to sleep, and (I thought) it worked, I purchased one for my second baby and the few times I tried it with him were giant fails. Plus, he rolled over early (@3 months) and you’re not supposed to use it on a baby who can roll.

If you read my first sleep story, you already know the amount of time I spend trying to get my babies to sleep and thinking about their sleep. It is really important to me that my babies sleep, both for my own sanity and for my babies’ well-being. I need a break from them and they need their rest in order to grow and mature.

I really struggled with my first baby’s sleep, mostly due to unrealistic expectations as a first time mom, and I was determined that this time was going to be different. I was going to start with an appropriate routine and expect from the beginning that this baby wouldn’t sleep through the night until between 9-12 months.

Well, once my second baby arrived, from the start he seemed to be a better sleeper than my first! He napped a lot, for long periods of time. He nursed well and was good at nursing from the very beginning. He slept from 11pm-5am without waking for a feed during his first month. I was so happy that this would be easier the second time around.

And then, things changed. He started waking more frequently during the night as soon as the “four month sleep regression” hit (during his third month.) I knew about this regression from my first time around, but I told myself I wouldn’t give into it. When my first baby went through it, he also was very sick with croup and I was nursing him around the clock anyway. It was too difficult with him to even know if it was the regression or the croup but it all happened at the same time. In addition to the night wakings, his naps seemed to get shorter and shorter unless he was being bounced or held for them.

Despite my best intentions, I gave in to the regression (which I really think should be called the four month awakening because what happens is they realize that there is a big, fun world around them and they don’t want to sleep anymore) and nursed him at every waking. Partly because if he was going through a growth spurt I wanted to make sure he was getting enough milk, and partly because I slept better if I just nursed him and then put him back down next to me.

I thought that it would help if he was falling asleep on his own in his crib, and so I tried 3 times to get him to fall asleep on his own but I couldn’t handle it because he just cried and it was too hard for me to follow through. And then, when I was at my wit’s end, the day before he actually turned 4 months, when I decided I could do all of this (bouncing, frequent wakings, frustrating naps) no more, I decided to put the pacifier in for his first night waking. To my surprise, he went right back to sleep! I did it again for the second waking, and it worked again. Finally at 3 am I fed him and put him back down and he slept till 7. This happened for three nights in a row, and then he finally a stretch from 7pm – 5am!

But then, the rest of that week was back to the erratic wakings and horrible naps and I came to the point where I couldn’t take it anymore. I found myself wearing him in a carrier, bouncing on the yoga ball at 5 AM. And it was then that I knew this all had to come to an end. It was time to put the yoga ball away and teach this baby how to sleep. Boot camp style. So, I searched a little and found a program I wanted to use from The Baby Sleep Trainer. I bought her book on Amazon and pretty much followed what she said to do, with a few variations. I spent the rest of the day trying to get him on her 3 nap schedule (prior to this he had been taking 4 naps), getting him to sleep however I could: bouncing, wearing, whatever, just to sleep!

That night, I did the recommended soothing routine she recommended and put him in his crib. He wasn’t crying when I left the room so I was truly amazed. But then he started to fuss. And three hours later he was still fussing on and off. He kept calming down and seeming like he was going to fall asleep but then he would fuss again. I was about to give up when he closed his eyes and fell asleep. Finally, peace. But then he woke up again! Startled by his arms. After 10 minutes of him startling awake, I went in and rolled him to his belly and he slept happily until 3 AM when he woke for a feeding. He woke again at 5:30 and cried for 15 minutes and went back to sleep. Then he woke at 7 and we began the first day of nap training. Note the AAP recommends infants sleep on their backs. This child would not, and I did let him sleep on his belly, but I don’t recommend others do this as it is considered unsafe per AAP recommendations.

Nap training went EXTREMELY WELL. He fell asleep within 5 minutes for every nap, almost no crying. He napped a total of 3.5 hours over 3 naps and instead of following her scheduled nap schedule, I followed a 2 hr waketime schedule. This means that every time he woke, I put him back down 2 hours later. Once we made it to bedtime, he fell asleep for the night with almost no crying, within 5 minutes he was asleep. He slept until 4 AM, took a feeding, and then woke up at 7 AM for the day with no other crying in the night.

Ultimately, the sleep training process reduced the amount of crying he was doing and made him a happier baby overall. So I am so glad I followed through with it and did it when I did. But, it was/is not still smooth sailing. As much as I love 4-5 month old babies, their sleep is so wonky and crazy and just frustrating! Somehow we ended up back at multiple night wakings/feedings and he is currently 5 months and taking 2 night feeds. I’m hoping he will adjust back to 1 and eventually to 0 on his own but I may have to help him along depending on how things go…

And finally, here are the “schedules” we have used so far. Prior to these, I tried (and pretty much failed at) keeping an eat-wake-sleep routine but wasn’t super consistent with it. It’s hard keeping up with a baby and a toddler! For the record, these are my least favorite of all of the baby schedules. The 4-nap and 3-nap ones are hard for me, both because they don’t last long and they make scheduling other things a pain. I’m not sure if I like 2-nap or 1-nap more because both have advantages and disadvantages, so we’ll see how I feel about those as this little guy gets older!

(for this schedule, I followed the same sleep routine outlined below but I bounced/rocked him to sleep for every nap and bedtime which is exhausting!)

7 AM wake up and feed
up for 2 hrs then put down for nap, repeat all day, feeding upon each wake up (3 naps)
6:30 pm bath
Final feeding
7 pm bedtime
ideally 1 night feeding after 1 AM