How I Taught my Babies to Drink from a Straw Cup 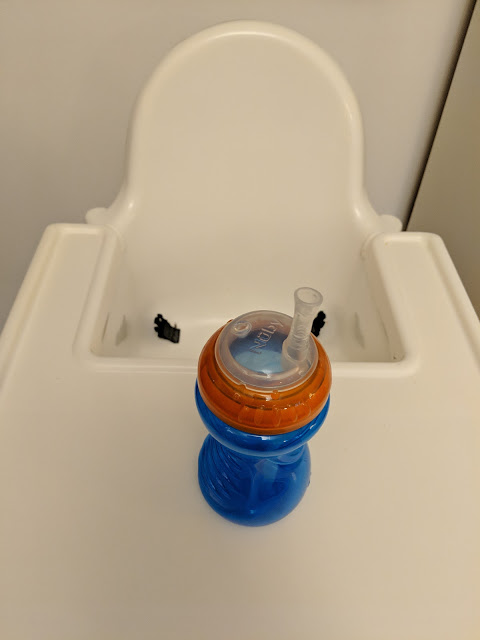 Drinking from a Straw Cup

I have been meaning to write this for a month, and it’s such a quick and easy trick that I don’t know why it took me so long!

My son turned 11 months yesterday, and sometime between 9 and 10 months, I taught him to drink from a straw cup. I used the Nuby Straw Cup (pictured above and below) and it only took a couple tries for him to learn.

As you can see from the photo below, the cup has three pieces — the cup, the lid (which includes the top part of the straw), and the inner straw. When I started teaching him, I assembled the cup with just the cup and lid, and left out the inner straw. Then I guided him by lifting the cup up since he had the straw from the lid in his mouth, and when he sucked on the straw, the water came right out. My husband, toddler, and I call it “drinking like a hamster” 🙂

Then after he had done that a couple times, I put the inner straw in and held it in the regular orientation, and encouraged him to drink from it. It took maybe 3 times of taking the straw out and doing the cup “hamster-style” again for him to get it. That night before bed, when I tried to give him his “last bottle,” he refused to drink from the bottle and will only drink from straw cups now!

How did you teach your babies to drink from a straw? 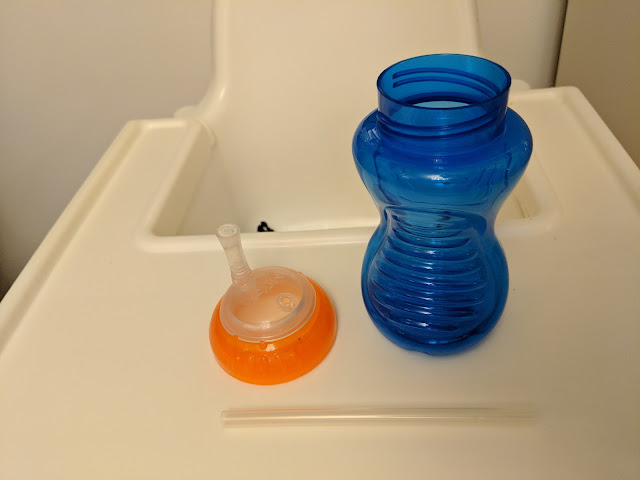 Be sure to join Naptime Deals for the latest deals on this cup and more! 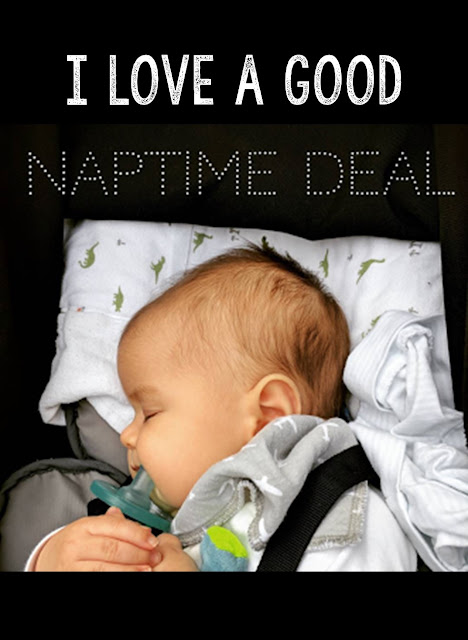