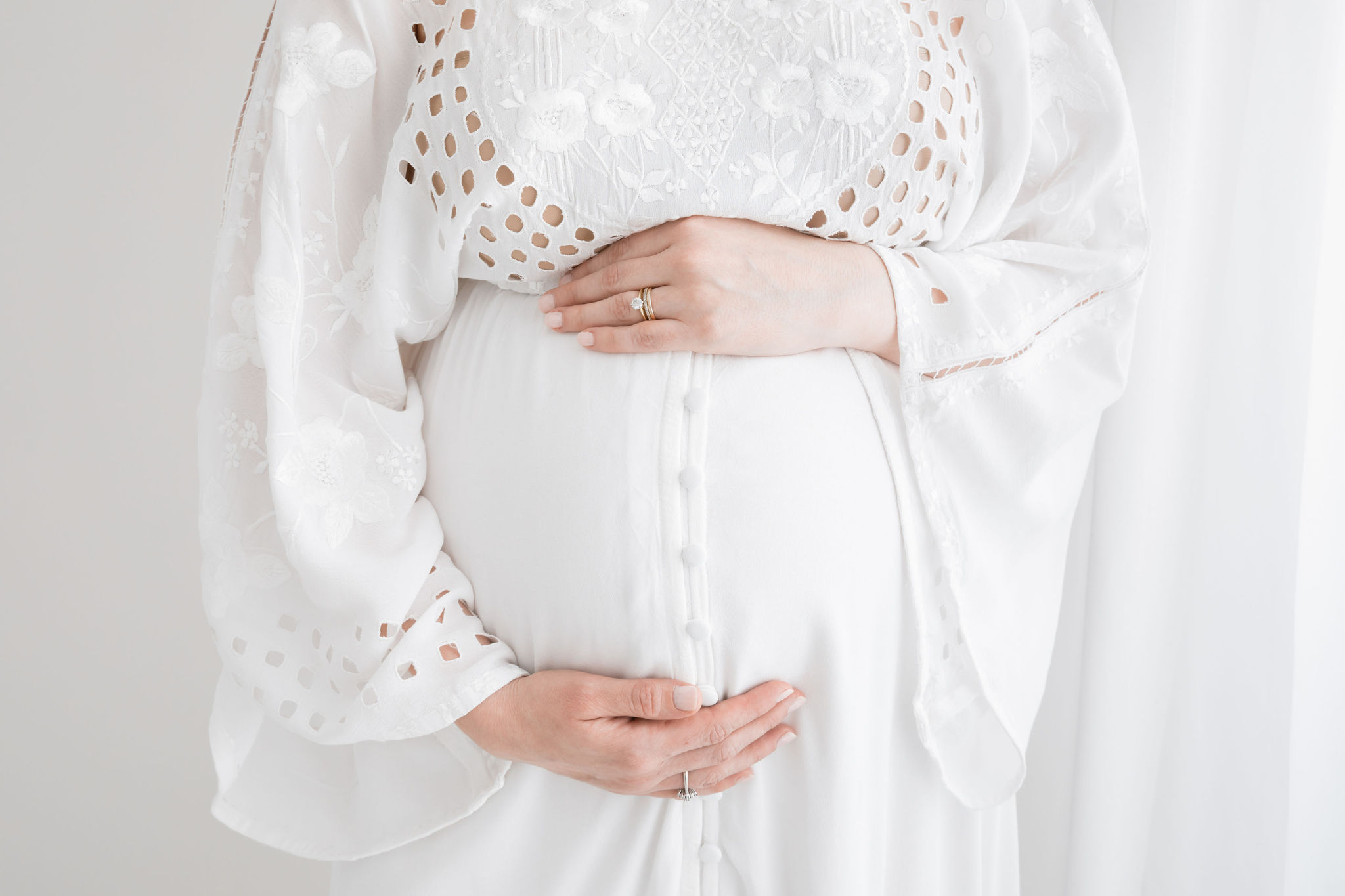 Since becoming pregnant with my third baby, I have been quieter than I wanted to be when it comes to sharing about my pregnancy and really just pregnancy in general on This is Real Mom. There are a lot of reasons for it including pregnancy fatigue, keeping busy with my kids, and working on other projects that have been taking up most of my time. But the biggest reason was that, for the first time since starting this blog, I felt uncomfortable sharing this part of my life with the world and wasn’t sure what to say or how to say it.

After I had my second baby, I decided that I wanted to be open to having another child as soon as I was able to. I figured that with breastfeeding and two kids it would likely not happen for at least a year, but I was open to anything. However, that first year came and went, then the second year came and went, and although we had been trying for #3, it was just not happening. I began to worry that something was wrong with me. I was only 32, so I didn’t think it was age, but the feeling of frustration of not being able to control my body and fertility really started to get to me and wear me down. There were 3 or 4 months throughout those two years when I had hope that it was happening… more than once I thought I was pregnant and saw a faint little line show up on a stick, only to see it go away a few days later.

I set dates in my head for when I was going to see a doctor about this, for when I was going to really start to worry, for when I was going to start trying something different. After my son turned 2, I decided to start officially tracking everything — taking my temperature every day and tracking it on an app. I joined groups for women who are trying to conceive, and my eyes were opened to how many women are struggling with infertility, each on her own journey with her own unique set of challenges. After a couple months of tracking, I became more discouraged because everything looked textbook and there was no explanation there as to why I wasn’t pregnant yet. And then, the next month, it happened, I was pregnant and it stuck!

Of course I was so excited but I also felt weird. I felt like I wasn’t sure what to say to anyone, because I wanted to acknowledge those who are still struggling while at the same time sharing my good news. And I couldn’t figure out the answer. I had hopes to share the ups and downs of being pregnant with two other kids to take care of, but I couldn’t figure out the best way to do it. I also became hyper-aware that with the struggles that so many women face when it comes to fertility make it that much harder to read about others’ pregnancies. Ultimately, I just felt like I was in a weird place. I knew I wasn’t the only one going through these feelings, and I also knew that there were hundreds of women with much greater, longer struggles than mine.

Throughout the journey, I learned that as women and as mothers we all travel down our own unique paths, and that we should celebrate with each other and support each other too. We shouldn’t be afraid to tell our stories, but should be able to keep them in our hearts too, if that is what we choose. And that through the ups and the downs, we truly are all in this together. 💗